Learning About The New Body Language With Janine Driver

As Janine Driver, Body Language Expert, made her way from the back of the Grand Ballroom to the front at HSMAI’s MEET Mid-America, she shared with us just how much we say before we even open our mouths to speak.

“This guy’s legs are so far apart under the table it’s like Britney Spears getting out of a limo.”

During her session, “You Say More Than You Think: How to Use the New Body Language to Get What You Want,” Driver explained that before we even speak, we tell our friends, co-workers and current and potential clients exactly how we’re feeling, which sets the tone for the conversation to come.

Sworn to Secrecy: The CIA Oath

Before sharing the secrets of the new body language, Driver made every session attendee stand up, hold up their hand and take the CIA Oath:

Since I took the oath, I can’t share all the secrets I learned, but I’m willing to share a few…

Before we get into how Janine Driver defines “new body language,” it’s important to take a look at how we generally view body language and why that’s wrong.

The problem with old body language, Janine explained, can be exhibited in two examples:

The problem with the old body language is that it tells us A=B when this is not always true.

Janine Driver tells us to:

Janine’s formula tells us to stop being mind-readers and to start paying attention to people’s normal behaviors, notice when they exhibit a change and ask a powerful question to turn a bad situation around quickly.

Whether you’re trying to establish stronger relationships with your association members or increase attendance at your annual meeting, implementing the new body language can help you. We often focus on saying the right things, but how often we do focus on what we are already saying with our bodies?

How can you implement the new body language to drive sales or establish stronger relationships with your attendees or members? 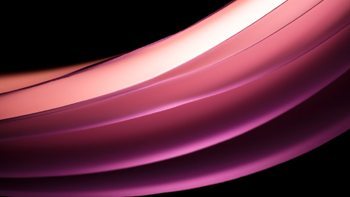 3 Content Marketing Lessons Associations Should Learn From The Hunger Games