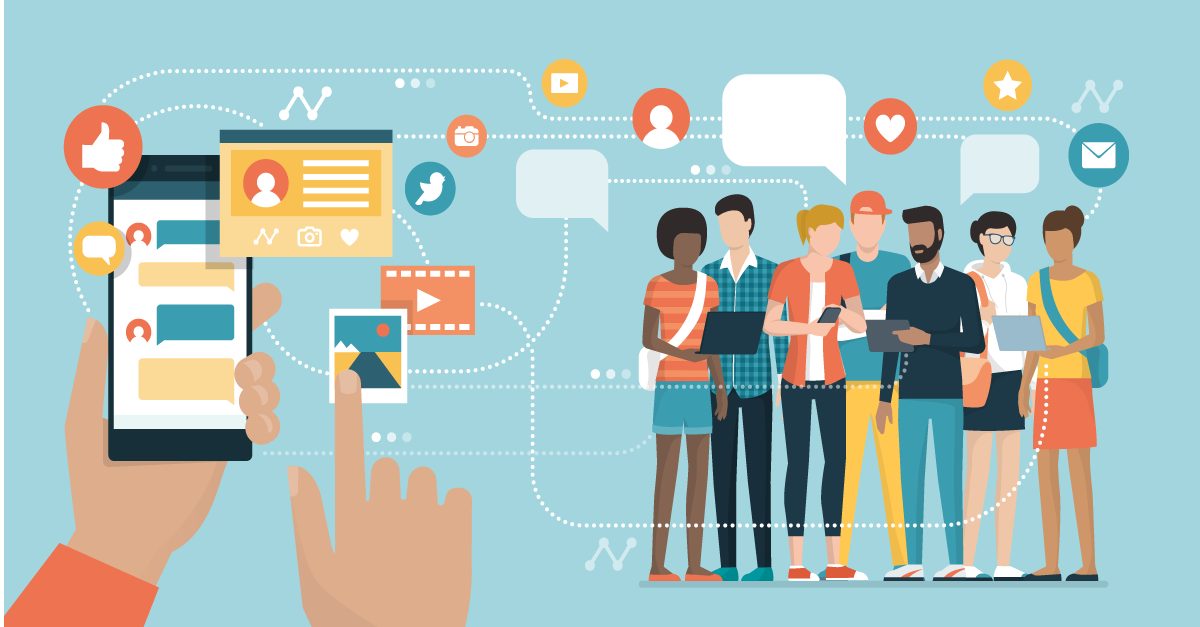 As over 1,100 school health professionals from all over the country were gathering at the registration table in the hustle and bustle of the National Association of School Nurses’ (NASN) 43rd Annual Meeting, they were greeted with the tweets of conference attendees, sponsors and speakers on NASN’s Online Event Community displayed on projection screens throughout the conference.

Where NASN conference-goers had been engaging and getting pumped for weeks prior to the conference, they were now giving shout outs, drawing crowds to booths and hyping up sessions on the online event community. As part of NASN’s communication strategy they strive to keep members engaged and social media sites current and active. “The Twitter wall’s purpose was to support these efforts, create exposure to the way Twitter helps enhance an event,” explained Sharon Conley of NASN.

“This purpose was served beyond our expectations. Attendees, staff, contracted employees, speakers, exhibitors and volunteers engaged in posting tweets for our Twitter wall.” Conley continued, “Several NASN leaders approached staff for instructions on setting up a Twitter account and joining in on the fun.”

NASN marketed the Twitter wall on their Online Event Community by asking attendees if they were interested in tweeting their conference experience.

“The NASN Grants Coordinator was skeptical of the wall when she first heard of it. After seeing it and the activity it generated, she was sold on that idea that it was a worthwhile component of the communication media offered during the conference,” Conley explained.

NASN most likely plans on featuring their online event community’s Twitter wall again at future conferences. They’ll be working on ways to engage non-attendees – Both by tweeting information pulled from educational sessions and also by marketing the hashtag.

How are you using your online event community to engage conference go-ers before, during and after events? 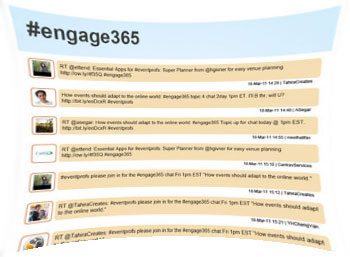 Twitter chats are an excellent source of content to repurpose. You get a few to dozens of people participating and sharing resources and ideas on typically a narrow topic. The conversation ebbs and flows, but there are usually good nuggets of information that can and should be pulled out and shared.

It’s fairly easy and takes less than two hours to write a short summary (blog article) of the chat – Highlighting and giving credit to those participants because people like to see their names in articles. It makes them feel important. Then you post this somewhere (your blog, in your community, etc.).

As we continue to expand on our content marketing, we thought the Omnipress Engage365 knowledge community was a good place to start. Since the end of 2010, it’s become standard practice for our #engage365 chats.